It is weird as we approach the end of this YOP year, I seem to have got totally distracted from my list!!  But I’m trying to get back on track…although next year’s list is calling me.

So I had a go, I’ve not made a chunky or thick’n’thin single before so I’m not 100% sure how you are supposed to deal with twist just going one way.  I set it by weighting the wet yarn with a spray bottle.  I thought I’d use it for trying to make another smitten mitten for my holiday garland.  Given they are all going to be made from hand spun samples. 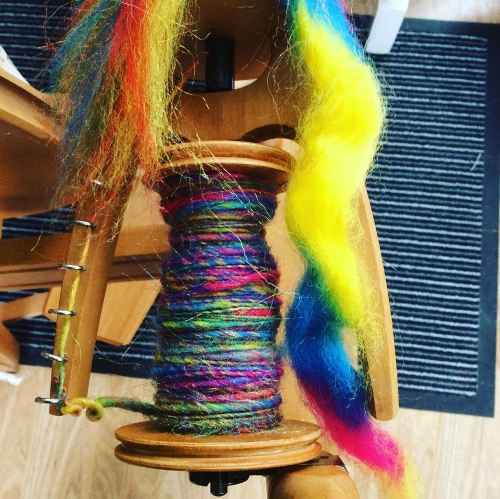 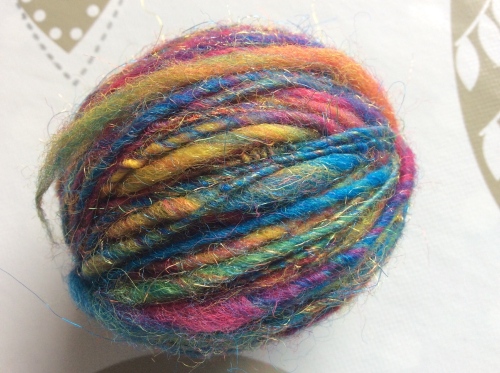 I had another go at making a coin purse for the clasps I have bought.  It has ended up still a bit too big, so I need to tweak the template a little.  Clearly it was pure luck that my first coin purse, which I made on a balloon, was the right size for the clasp.  Beginners luck perhaps.  Anyway I will persevere because I have bought about 5 clasps.

My sister has sent me a bit of the paint and wallpaper she’s planning to use to decorate their bedroom and has asked for 2 x 30cm ceiling and 2 x 15cm bedside table lampshades, so I’ve ordered some supplies but need to order some more pre-felt too and then I can start those.

I have made a start on “Such a Winter’s Day” by Heidi Kirrmaier in New Lanark wool in Iris colour.  The initial rows are knit straight and my gauge was loose, when I’ve joined in the round my gauge for stitches is pretty accurate, but off on rows.  Looking at my other 2 cardigans I’ve made I wonder if those yarns had the same issue as waist decreases seem to start quite high.  I want this to be easily pulled off and on, so a little loose will be fine.  The fabric is going to be quite stiff I think.

On Thursday I got as far as I could with the cable I had and being unwilling to spend half a day trying to put Void’s stitches on waste yarn, I ordered another long cable.  So I put the jumper on waste yarn and tried it on…ermmm it seems huge, so I think I’m going to switch to do size M1, which is possible at the point I’m at. 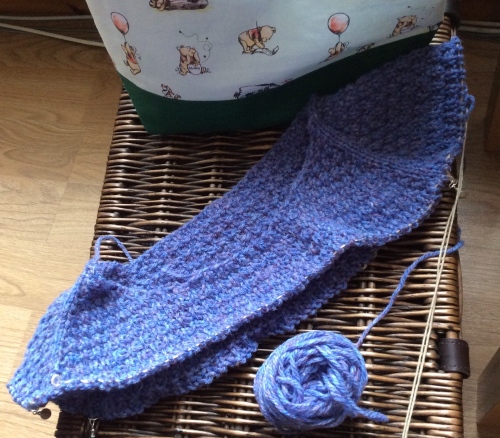 I wanted a smaller project for travel knitting, something easy, so I have made a start on the “Easy Goes It” shawl by Finicky Creations, using my own handspun camel and silk yarn.  Oooh this yarn is soooooo soft.  I cast it on Thursday afternoon and I’m obsessed with it, its like knitting a cloud its soooooooooooooooooo soft.  The fibre was from Coastal Colours and I bought and spun it last year and have another batch I bought this year but haven’t started spinning it yet.  Think of the softest thing you can think of and this would beat it…it’s soft soft soft.  (Photo taken before bed on Thursday.) 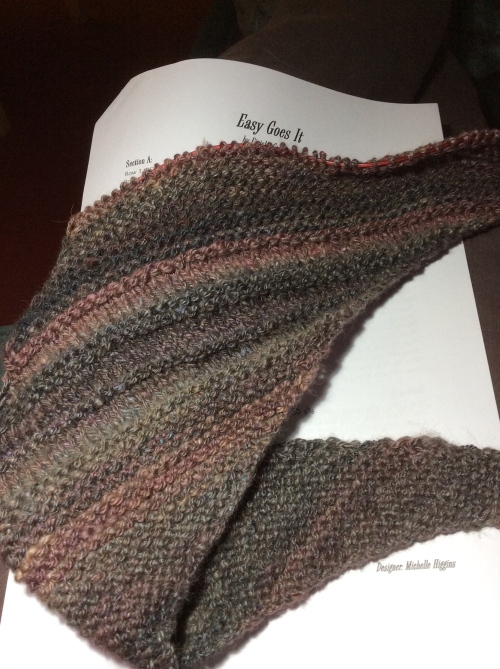 I treated myself to my first Stranded Dyeworks Merino Cashmere Nylon (MCN) yarn.  It is very soft and squishy, I bought it to make socks with, but that may change. 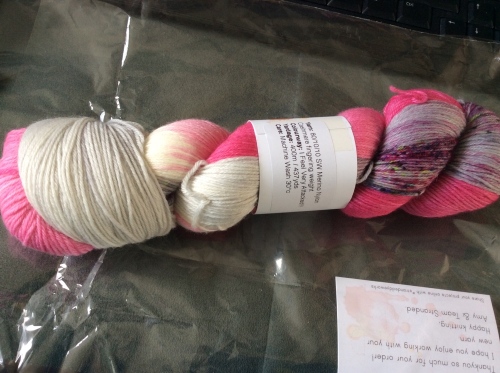 This post was written on Thursday and scheduled to load on Sunday, as we are away for a long weekend.

We were supposed to be going camping back up on the North Coast of Scotland, but given the daily rain and cold we are experiencing here, we are treating ourselves to something half way between a tent and a cottage. It’s an old Shepherd’s Hut near Tongue. I’ll post some pictures next week of our trip.