As previously mentioned, I won an Andean Plying tool from BritSpin last year. The tool has been handmade by a Mens Shed group in England.

Prep some fibre. (This is some merino and sari silk hackle blending practice.)

Spin a single on either a spinning wheel or spindle.

Wrap the single around the Handy Andy (in the specific way, YouTube videos are better than any written instructions).

Remove the top peg on the tool, so it now looks like just a loop of yarn and put the tool somewhere nearby (I popped it between my knees upside down! No smutty comments please lol.

Take both ends of the single and attach to leading line on the spinning wheel or spindle and spin in opposite direction to create 2 ply.

It will be a good tool for taking on holiday with my spindle. It is pretty lightweight and less bulky than taking a yarn cake winder, which is an alternative way of winding a single into a loop that you can spin both ends of.

It’s Mundane Monday today where I mostly do housework and chores, so this is just a quick practice.

If you’d like me to write more information on how to wrap the single then let me know in the comments.

Find me on Ravelry 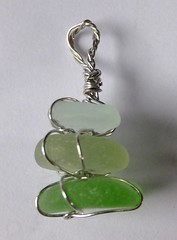 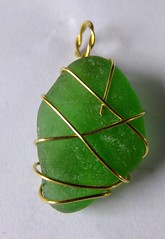 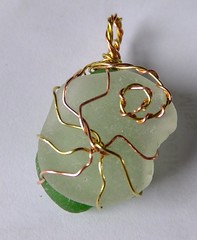 Things I’ve made, places I’ve been...the ramblings of a craft maker with wanderlust!

Sharing my adventures in sewing and needlearts

A blog about Knitting, Cross Stitch, Crochet and Lace Making

Exploring the world one fiber at a time

Thoughts along the journey to finding my best self

A Petite Slice of Life

Musings from a teacher, runner, knitter, baker and reader

the place where fibre becomes yarn.

Enjoying the simple things in life

Because knitting is excuse enough

life with a chronic disease and a really big yarn stash

Ramblings from an obsessed knitter