For soooo long I have thought about buying a tide clock but they are either naff looking or nice ones are mega expensive. So I ordered a tide clock mechanism and went about making my own.

As material moves around so much during the wet felting process, it wasn’t practical to put any words or numbers or dots on during that stage. Instead, I opted for needlefelting dots. I had thought about using a stencil to felt the word High and Low and then 1-5, but I thought it would make it too busy, so dots seemed enough.

It was a bit fiddly doing the calculations etc. As I opted for a square-ish clock I decided to put the dots also in a square pattern.

Far less fiddly to make than a lampshade and of course now I need to make another lampshade for our hallway where this tide clock now hangs. On the photo the shadow is hiding some of the dots in the darker water, but in real life they are easy to read.

So for anyone not used to reading a tide clock, at the top (12 o’clock position) it indicates high tide, at the 1pm position this is actually indicating 5 hours to low tide, so if I were to number it there’d be a ‘5’ there. It then follows on where it is 4, 3, 2 until at the 5 o’clock position, it’s showing 1 hour to low tide. Then 6 o’clock is low tide. Then it switches to 5 hours to high tide and so on!!! I am hopeless at explaining things but hopefully that makes sense.

and for anyone who saw my post yesterday with my lampshade, here’s a picture of it lit. His morning I ordered enough lampshade kits to do all our pendant light fittings and bedside lamps lol! 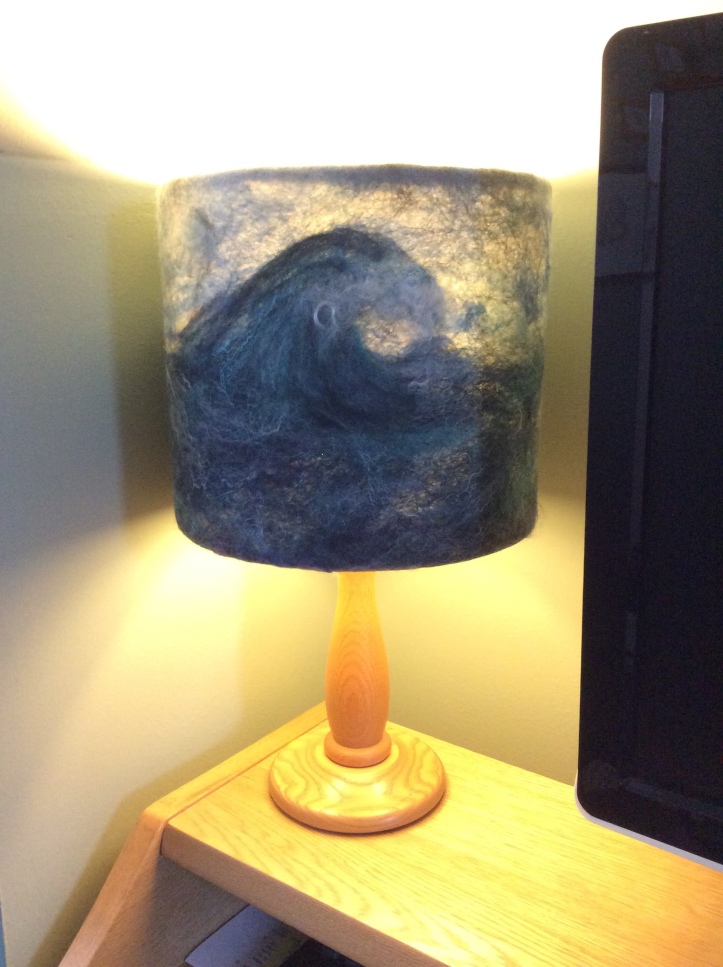