I bought a lot of lampshade kits for the pendant lights and some lamps around the house.  So this morning I made my 2nd lampshade ever.

Rather than a specific scene I just wanted some blended colours, so I used my hackle to blend various green shades and a touch of cream. 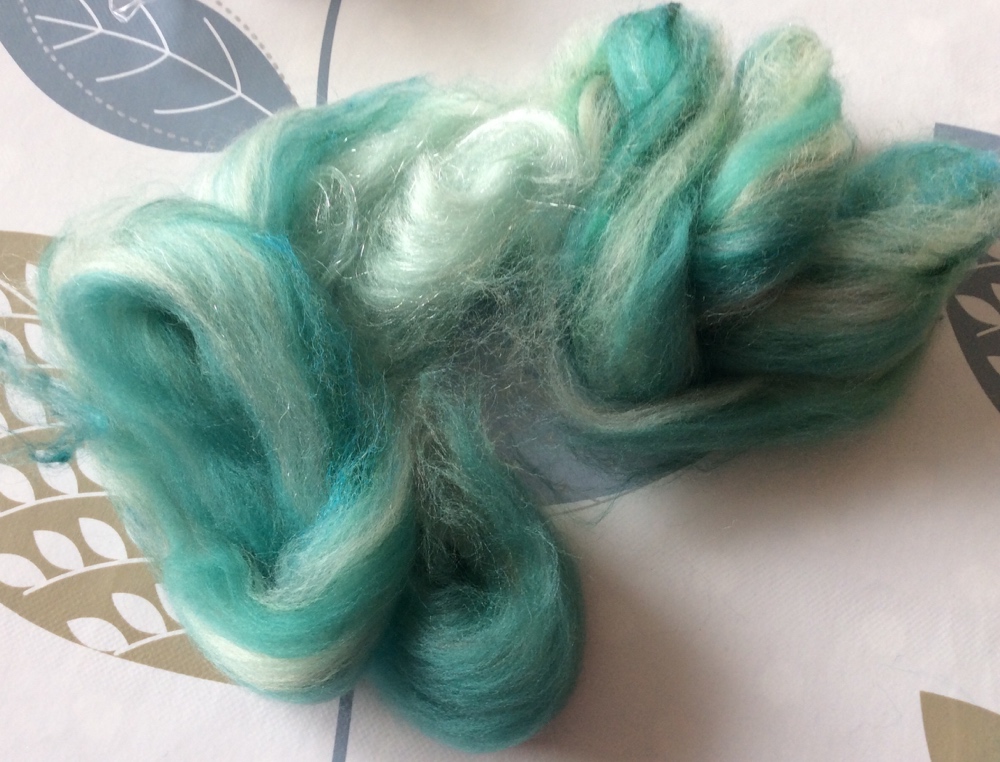 To decorate I put a touch of white flax/silk, some orange angelina fibre (doesn’t show up on photos) and some of the Winter’s Kiss blend by World of Wool.

The result is a subtle blend that I am really pleased with. 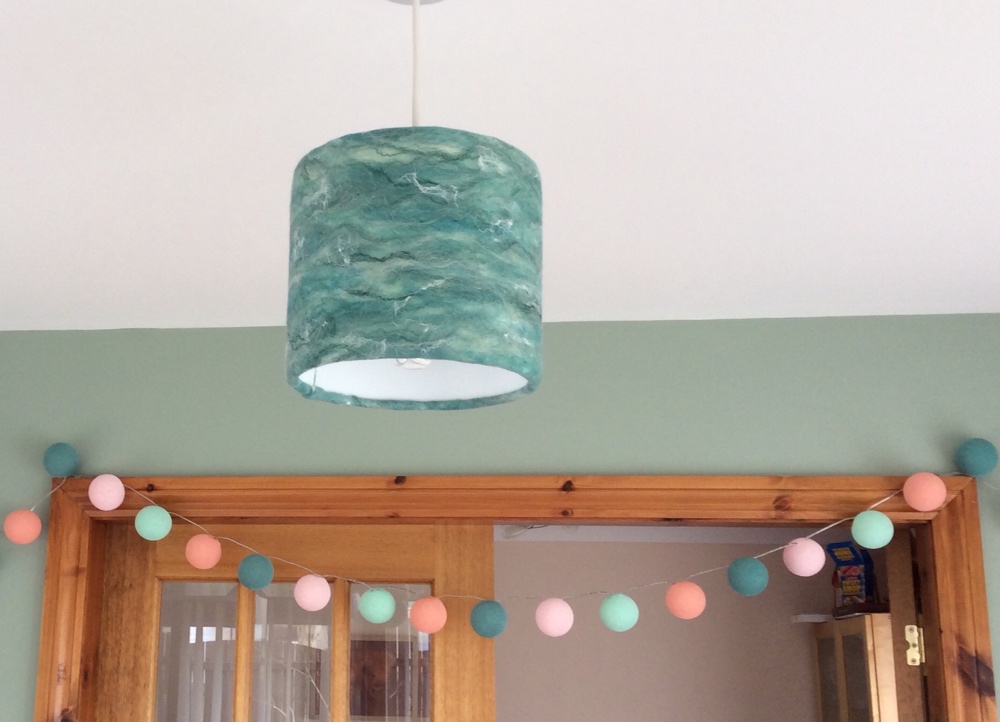 The pre-felt I used this time was British Shetland wool, rather than Merino.  It is a bit cheaper, less air miles and seems to do as good a job as the merino.  The kits are from Dannells Ltd, who make them in Britain too.  Previously in the sunroom, we had an IKEA paper lantern that was at least 15 years old.  In case anyone is interested, the string of lights are from Cable & Cotton, and are a string of LED lights and you can order pre-set colour packs or pick your own shades for the baubles.